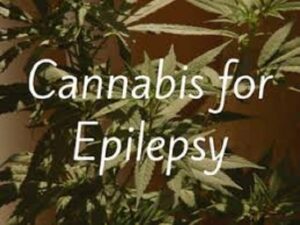 There are certain cannabinoids, which are compounds found in cannabis that are possibly useful for medical reasons. The two primary cannabinoids that are studied are THC and cannabidiol or CBD. There is some evidence showing that cannabis can be helpful to control seizures.In particular, when looking at marijuana and epilepsy, it’s actually the CBD that may be valuable as a way to control seizures. CBD is not psychoactive, meaning that if it is used, it doesn’t cause people to feel high.
There are currently studies being done in the U.S. on a drug called Epidolex, which is derived from CBD. Epidolex is a primarily oil-based CBD extract, and the FDA has provided permission to some epilepsy centers to use the drug for a limited number of patients. In a current study of Epidolex, it was shown that seizures decreased by 54% on average with this treatment, including in participants whose seizures were previously unresponsive to other treatments.
Many patients suffering from epilepsy and other seizure disorders have found great relief from medical marijuana, either taken by itself or in conjunction with more traditional medications. Others who suffer from seizures but can’t tolerate anti-seizure medications have used medical marijuana to successfully control their seizures.
Medical marijuana lacks the side effects found in traditional medicines used to treat epilepsy.
Marijuana side effects are typically mild and are classified as “low-risk.”
Despite the possible side effects of using marijuana as a treatment for epilepsy, the Epilepsy Foundation’s official statement on marijuana and epilepsy is that they support the lifting of federal barriers blocking research on cannabis and CBD. They also support access to these possible therapies when people haven’t seen results from other epilepsy treatment options