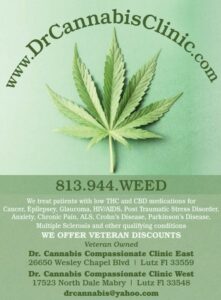 To date, cannabinoids have been allowed in the palliative medicine due to their analgesic and antiemetic effects, but there is an increasing number of preclinical studies indicates their anticancer properties. Cannabinoids exhibit their action by a modulation of the signaling pathways crucial in the control of cell proliferation and survival. Many in vitro and in vivo experiments have shown that cannabinoids inhibit proliferation of cancer cells, stop tumor growth, and have also a potential to inhibit metastasis. Cannabinoids have also been researched for their possible use in cancer prevention and cancer treatment. Cancer is most notably defined by the multiplication of mutated somatic cells in the body. The mutated cells have damaged DNA that was not copied correctly during cell division. Cancer cells multiply more rapidly than normal cells and often have altered functions due to the cells’ mutated genetic code.This ultimately prevents the cancer cell from maturing any further, which would inhibit the number of harmful toxins created by the cancer cell.
The cannabinoid receptors also prevent inflammation in other parts of the body as an effect of the marijuana use with certain cancer patients suffering from inflammation. These were some of the first implications that suggested the cannabinoid receptors activated by marijuana and cancer could help prevent cancer cell inflammation and nerve pain associated with inflammatory response in cells.