The most common use for medical marijuana in the United States is for pain control. While marijuana isn’t strong enough for severe pain (for example, post-surgical pain or a broken bone), it is quite effective for the chronic pain that plagues millions of Americans, especially as they age. Part of its allure is that it is clearly safer than opiates (it is impossible to overdose on and far less addictive) and it can take the place of NSAIDs such as Advil or Aleve, if people can’t take them due to problems with their kidneys or ulcers or GERD.

In particular, marijuana appears to ease the pain of multiple sclerosis, and nerve pain in general. This is an area where few other options exist, and those that do, such as Neurontin, Lyrica, or opiates are highly sedating. Patients claim that marijuana allows them to resume their previous activities without feeling completely out of it and disengaged.

Along these lines, marijuana is said to be a fantastic muscle relaxant, and people swear by its ability to lessen tremors in Parkinson’s disease. I have also heard of its use quite successfully for fibromyalgia, endometriosis, interstitial cystitis, and most other conditions where the final common pathway is chronic pain.

Marijuana is also used to manage nausea and weight loss, and can be used to treat glaucoma. A highly promising area of research is its use for PTSD in veterans who are returning from combat zones. Many veterans and their therapists report drastic improvement and clamor for more studies, and for a loosening of governmental restrictions on its study. Medical marijuana is also reported to help patients suffering from pain and wasting syndrome associated with HIV, as well as irritable bowel syndrome and Crohn’s disease.

This is not intended to be an inclusive list, but rather to give a brief survey of the types of conditions for which medical marijuana can provide relief. As with all remedies, claims of effectiveness should be critically evaluated and treated with caution. 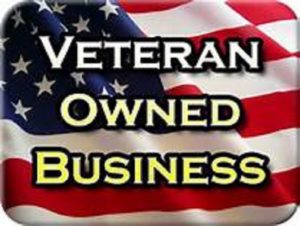