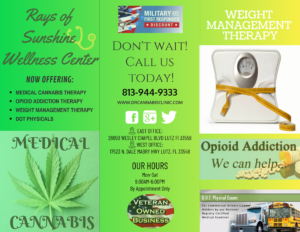 Studies show both negative and positive results for the use of marijuana for anxiety and depression. Some individuals with PTSD will feel a significant lessening of these symptoms. Others may feel an increase in them, as well as an increase in paranoia. However, the pills that doctors prescribe for the treatment of PTSD have similar opposing effects. For example, selective serotonin reuptake inhibitors can increase symptoms of depression and anxiety. In fact, some of these drugs can produce suicidal thoughts and behaviors. No conclusive causal relationship has been found between medical marijuana and suicide.

Studies have shown that medical marijuana can help treat PTSD symptoms in even treatment-resistant cases. Cannabinoid receptors are located in various places throughout the body and brain, so both mental and physical symptoms can be altered with medical marijuana treatment.

Although the majority of states now have a medical marijuana law on the books, a number of legal issues have kept doctors and researchers from fully examining the effect weed can have on people with PTSD. That’s beginning to change, as more and more studies are coming out of the US and Canada. Most notably, the FDA approved a study on the effects of medical marijuana on veterans with PTSD in 2017.

Depending on the results of the study, a cannabis-based treatment specifically for post-traumatic stress disorder might be available on the market as soon as 2023. The product would be based on the strains of cannabis the researchers include in their study and wouldn’t necessarily impact the type of pot sold at dispensaries or change the federal government’s classification of marijuana.